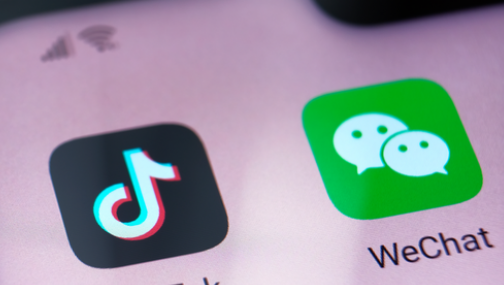 The above video link takes you to https://youtu.be/2eP5rgqPdds

Within the last month, two highly popular Chinese-owned social media apps—TikTok and WeChat—were put on the Trump administration’s chopping block. In twin August 6 executive orders, President Trump set in motion a 45-day process expected to lead to their ban from U.S.-accessed app stores—based on an assertion of an “unusual and extraordinary” national security threat. Over the weekend, the president indicated the TikTok threat has been averted by a deal that will transfer a 20% ownership stake in the company to Oracle and Walmart (yet leaving China-based owners in significant control), while a federal judge enjoined the WeChat order, based largely on First Amendment grounds.

Join Future Tense's Free Speech Project (our collaboration with the Tech, Law & Security program at American University's Washington College of Law) to consider whether the administration's move against these platforms was an undue intrusion on free speech or a legitimate action on national security grounds, as well as its broader implications for the U.S-China relationship.

Follow the conversation online using #TikTikBlock and by following @FutureTenseNow.

The Free Speech Project is in partnership with the Tech, Law & Security Program at American University Washington College of Law.