How Should We Talk About QAnon? 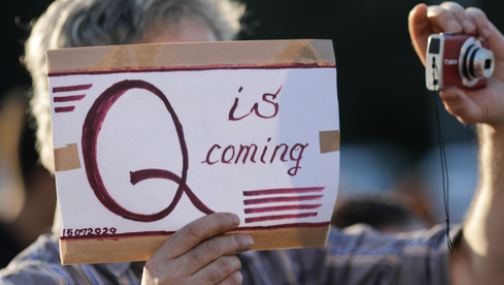 The above video link takes you to https://youtu.be/QoEWdGqerSc

It is virtually certain that beginning in January, at least one member of Congress will be a supporter of QAnon, the baseless internet conspiracy theory whose real-world significance has grown during the pandemic. Fact-checkers in media and elsewhere have responded by offering in-depth reporting on the movement and its preposterous claims, while Twitter, Facebook, and Reddit are taking action to limit its spread on their platforms. But some worry that these efforts could backfire, arguing that they could make matters worse by giving the movement more oxygen than it deserves. How should social media platforms, political figures, journalists, and educators handle QAnon—and the other conspiracy theories that will surely take its place in time—responsibly.

Follow the conversation online using #TalkingConspiracyTheories and by following @FutureTenseNow.

How Should We Talk About QAnon?