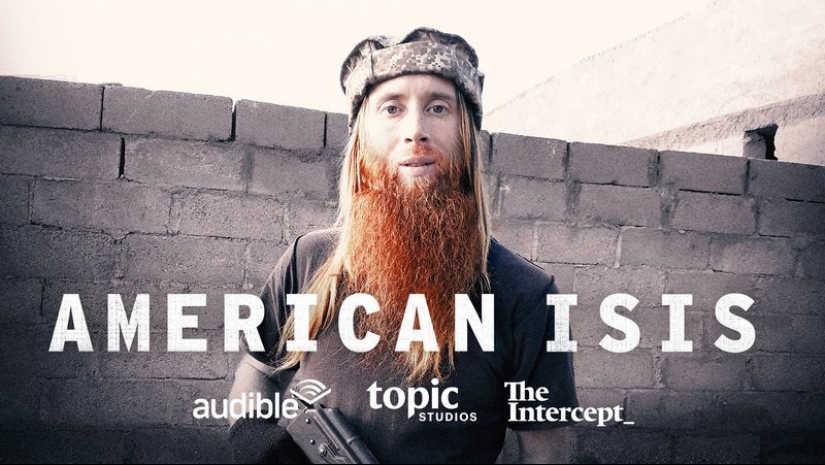 The above video link takes you to https://youtu.be/aBb9DyPmL0E

Presented in partnership with The Intercept and Topic Studios.

American ISIS, a new Audible Original documentary podcast hosted by Trevor Aaronson, 2020 ASU Future Security Fellow, tells the story of Russell Dennison, an American who converted to Islam and traveled to Syria to fight for the Islamic State. For more than six months, Russell secretly communicated with journalist Aaronson, sending more than 30 hours of recordings that detail his suburban upbringing, his pursuit by the FBI, his embrace of extremism, and his decision to live and die on distant battlefields. Russell’s recordings provide an unprecedented firsthand account of what it was like for an American to be part of one of the world’s most fearsome terrorist groups.

A remarkable work of journalism and narrative storytelling, American ISIS brings listeners into a hidden world few Americans have witnessed - filled with jihadis, human smugglers, FBI agents, government informants, and nightly bombings. Aaronson, a contributing writer for The Intercept, tracks down the people who knew Russell in the United States and in the Middle East as he investigates and corroborates Russell’s incredible story, from his childhood in Pennsylvania to bombed-out Syrian villages thousands of miles from the life he’d once known. American ISIS is produced by The Intercept and Topic Studios.