What Science and Technology Owe the National Defense 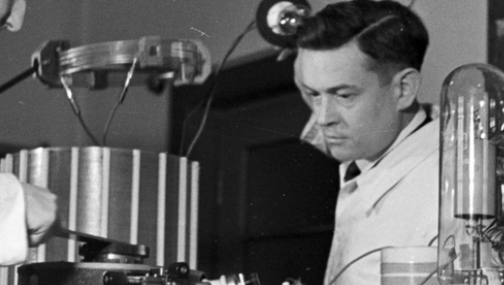 The above video link takes you to https://youtu.be/gU5InnFLQ1g

During World War II, American scientists and technologists mobilized to provide the Allies with new weapons and medicines that would prove decisive in the outcome of the conflict. Massive partnerships sprung up between government and the private sector, forging lasting bonds between the military, industry, and the academy, that were strengthened throughout the Cold War. Today, the legacy of these partnerships endures, though it is increasingly questioned by some employees at big technology firms who don't necessarily see themselves bound to serve any one nation's interests.

Join Future Tense and Issues in Science and Technology to consider the remarkable story of how scientists were pressed into service during World War II, and the echoes of that story in contemporary debates over the role "Big Tech" in national security.

Jamie Holmes
Future Tense Fellow
Author of 12 Seconds of Silence: How a Team of Inventors, Tinkerers, and Spies Took Down a Nazi Superweapon

Margaret O'Mara
Howard & Frances Keller Endowed Professor of History at the University of Washington
Author of The Code: Silicon Valley and the Remaking of America

Co-Hosted with Issues in Science and Technology.

What Science and Technology Owe the National Defense