The Madman Theory: A Book Discussion with Author Jim Sciutto 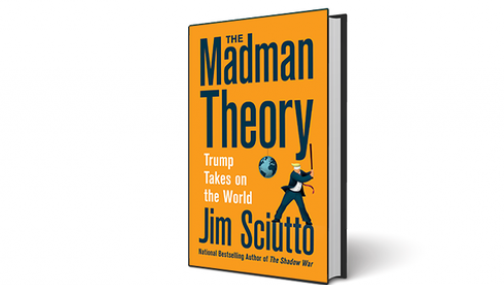 The above video link takes you to https://youtu.be/dUtZ6ziTpvQ

Join the International Security Program for an online discussion with New America’s Peter Bergen in conversation with Jim Sciutto, author of The Madman Theory: Trump Takes On the World. In his new book, Sciutto shows how President Trump's supporters believe he has a strategy for long-term success, that he is somehow playing three-dimensional chess, while his critics believe the president focuses on short-term headlines. Sciutto has interviewed a wide swath of current and former administration officials to assemble the first comprehensive portrait of the impact of Trump’s administration’s foreign policy.

After more than two decades as a foreign correspondent stationed in Asia, Europe, and the Middle East, Sciutto returned to Washington, D.C. to cover the Defense Department, the State Department, and intelligence agencies for CNN. His work has earned him Emmy Awards, the George Polk Award, the Edward R. Murrow award, and the Merriman Smith Memorial Award for excellence in presidential coverage.

The Madman Theory: A Book Discussion with Author Jim Sciutto

Center on the Future of War